While settling his father’s estate, Finn Conrad becomes suspicious as to why the man left a nurse $50,000. His dad knew her for less than two months before he died. Just before Christmas, Finn wants what to reclaim what he considers his family’s money, going undercover to investigate the bed and breakfast the nurse has recently taken over. When Finn meets Willa, he discovers she’s not a conniving gold digger at all, but a woman in need who put the money to good use. When she discovers his true identity, will it keep Willa from ever trusting him again? 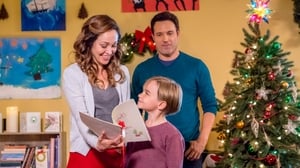