The protests of 1968 had a significant impact on the great cities of the world. But people like to forget that the periphery went through the same social upheavals – Central Switzerland, for example. This is hardly surprising: in the founding cantons of the Old Swiss Confederacy, society followed a strict order; tradition, shaped by centuries of Catholic rule, seemed untouchable. But in the 1960s, the local youth could not take these stifling conditions anymore: starting in 1969, resistance broke out across Central Switzerland. 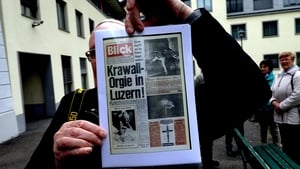